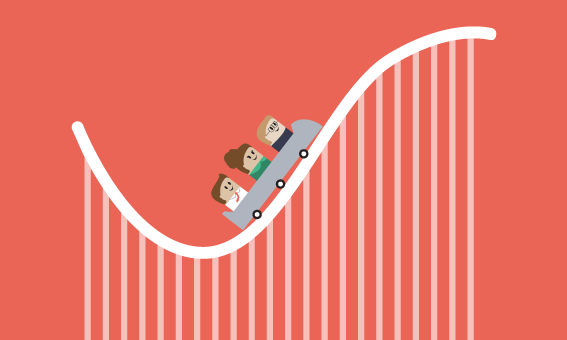 This article is part of our Team Dynamics series – all you need to know about how to make high performing teams.

In our previous article from Team Dynamics series, we emphasized the importance of culture fit over skill fit when selecting the right people for your team. If you haven’t read it, find it at the following link: How To Build Your Team From Scratch

Once you get your team running at full speed, cultural fit can be the reason for success or failure.

So, let’s say you are a company founder headed to grow your business from the very start, or a project manager with a new initiative.

The first thing you need to do is to build your team – a group of great individuals ready to make even greater things to happen.

Ideally, the team would be ready to move from day one. They would collaborate regularly, laser-focused on the goal, and everything would run smoothly.

Well…maybe in a perfect world.

The fact is, it takes time for a group of (practically) strangers to become a high achieving team. You can’t expect them to “click” without going through a natural process of bonding.

It becomes obvious that your team will go through some development stages. From the kick off meeting until peak performance is reached, your job as team leader is to recognize the stages and help your team perform.

So, let’s explore the stages further.

#1 Forming – Setting The Team Into Motion

The team is brought together and it is about to start working on a project. This stage is fairly short, where team members initially meet.

The room is filled with good vibes and enthusiasm.

So before your team begins, frame up the project for them.

Team leaders make sure everybody pulls in the same direction by providing clear instructions. The project, expected outcomes, and processes should be explained as best as possible.

It all starts with the purpose: Why was this team formed? What is the problem to be solved? Why is it important to the team and the company?

Team leaders must communicate the vision of the project in order to motivate team members to become emotionally invested in the success of the project.

After team members know what to achieve, clear and measurable goals can be defined to stay on track.

In this stage team members have to decide how to work together. They should make sure to:

#2 Storming – Honeymoon Is Over

Buzz and enthusiasm in the formation of a new team can be exciting and enjoyable. Team members have defined project roles, chosen methods and tools to help with the work ahead, and are ready to start.

As soon as team members begin working, they may realize the differences in personalities and attitudes. Many may not hesitate to assert themselves. Let’s face it, everyone has different working styles, opinions, and knowledge levels. At this point conflicts arise.

This is the stage that either makes or breaks the team.

So, here is what usually happens:

Let’s provide a situation where the team is gathered to make a decision. Everyone must agree on how to solve a problem. Different point of views can emerge here, and conflict may arise.

A salesman may see the opportunity to close more deals if a product has a certain feature. On the other side, developers may disagree, and see the work involved with little benefit to the end user.

As a team leader you can help them come to agreement. Will the team build an additional feature in the product or not? First the team will need to learn to clearly develop their argument to illustrate their ideas, while engaging in active listening with their colleagues.

This can be facilitated with open questions, to help team members better understand their opinions.

Now, let’s say you have few developers on the team with similar roles, but differing levels of experience. The team is about to build a certain set of features. Perhaps a developer with less experience has a more traditional idea, and another with more experience has a unique idea after working on a similar project. They do acknowledge each other’s experiences, but they still have the need to compete with each other for their own pride and status within the group.

Competition may come out in variety of situations. It can be positive, driven by energy and enthusiasm. Or negative, if those who are less experienced feel overshadowed or challenged.

As a team leader, you must help your team build trust and foster productive relationships. Team members must recognize the final result is the sum of individual efforts, and that a collaborative effort will produce more favorable results.

Eventually, team members will be proud of their collaborative efforts and achievements through open minded understanding of each other’s skills.

Any conflicts happening directly or behind closed doors will eventually bring tension into the team atmosphere.

Imagine you brought the team together to plan the next milestone. You start the discussion with suggestions and directions, encouraging everyone to participate.

Now, it becomes interesting when you start to observe your team members. A variety of personalities and attitudes start to appear. The atmosphere in the room gets tight and it’s difficult for decision-making progress to be made.

Some may want to be seen agreeing with leadership, and hold back their own opinions. Or some will decide not to speak up and prefer agree with what the group is thinking. Another will act as blockers, by aggressively disagreeing with others or being only critical of other’s ideas. Some will take it easy, by withholding participation and leaving others to do all the work. And of course, at least one of the members will be the one playing jokes.

Similar issues may happen when they organize to work on deliverables.

Some may discover the initial plan cannot be reached, and processes set at the beginning don’t support workflow . Others may disregard their team members by working alone and not keeping the team informed on their progress. All together the team may start feeling frustrated with their progress,drawing focus away from tasks.

Once you get your team running at full speed, cultural fit can be the reason for success or failure.Click To Tweet

As a team leader, you can help them function as a unit. You will probably need to address certain conflicts among members, and solve them directly. Once teammates are all under same umbrella again, they should refocus on the goals.

Conducting 1-1 meetings with each team member is a great way to address challenges, and develop plans to overcome obstacles. Ask team members, what is working with the team and the processes and what is not.

Finding a pattern in these comments can lead to a solution on many problems. Asking your team members to collaborate with you to solve problems can foster a sense of camaraderie and teamwork, leading to better solutions.

This is a time to remain positive and help guide your team back on track. The team should get together and reiterate the initial setting of the roles and processes, making room for improvements.

As a team leader, you must help your team build trust and foster productive relationships.Click To Tweet

Address questions such as: Where do we want to go? Where are we now? And what is holding us back? Getting past this phase is quintessential to leadership.

#3 Norming – Things Are Heating Up

Now, how does your team know the Storming stage is complete?

As soon as team members start feeling acceptance of others on the team, recognizing a variety of opinions and personalities makes the team stronger. At this stage collaboration happens, and efficient workflows are learned.

Team members begin to trust each other and actively seek input from each other. They have learned to resolve conflicts together and give positive,constructive feedback. Team members are confident in their position in the team and relationships are strengthened.

Team members become committed to the team’s goals and start to make significant progress. The main question they ask is: how can we get even better?

As a result of better cohesion, members start to feel good about what is going on and are invested in the team’s success. Sometimes they even forget about the tasks and start having fun.

So, now you may think this new harmony slowly leaves a team leader out of the game.

Well, you may not be as involved in decision making and problem solving since the team members are now finally speaking the same language and can take on more responsibility. However you can still participate in the whole process. Your team and its members will still get stuck occasionally and need your help.

At this stage, the team has overcame obstacles and is ready for peak performance.

All those stormy days helped them to learn each member’s strengths and weaknesses. Going through those days has bound them enough to bring feelings of trust.

Everybody is now looking in the same direction. What brings them to the goal is hard work and high commitment. They managed to improve structures and processes, which help bring out their best work.

Team members collaborate effectively and have confidence to experiment in problem solving. Yes, challenges and disagreements will keep coming by – the difference is that team members are able to work through difficulties as a group.

What describes the feeling of being part of the high performing team is that what each member brings to the table is now greater than themselves. Who wouldn’t want to be part of something like that?

Given the team is now able to stand on its own feet, there is no need for you as a team leader to interfere in decision making or problem solving. The best thing you can do is to delegate as much as possible while keeping an eye on the progress.

When a team has come through the four stages of high performing teams, all members can really bring their best. To perform at high levels, they will need to remain stable.

However, reality scores another point here. The truth is, even the team has reached the performing stage, they still may revert back to another stage. And how? You thought they were unbreakable.

Imagine a team member leaves the group and to work independently, a new member joins a team, or some personal issues affect a member. In this way, you may find your team regressing.

The speed at which teams progress through stages varies. Some teams have instant chemistry and progress quickly with little tension along the way. Other teams remain stuck in the storming stage and delay reaching peak performance as a team.

Tell us about your experience. Have you been able to recognize your team in these stages? How did you managed to guide them through?